Across the vast expanse of the internet, everyone from professional economists to armchair theorists are sounding the alarm that next month may hold some ugly surprises for the global economy.

Despite exorbitant executive salaries, record earnings on Wall Street and a surging dollar, an increasing number of forecasters are warning the feel-good data is severely skewered - a bit like a new coat of paint that used-car dealerships use to conceal the fact that a car's engine is shot. Indeed, many experts are giving the rickety US-made jalopy just months before the big collapse begins.

Gerald Celente, the founder of Trends Research, who predicted the “panic of 2008,” says the economic earthquake will send reverberations around the world. “You’re going to see a global stock market crash,” Celente told King World News. “There’s going to be panic on the streets from Wall Street to Shanghai, to the UK down to Brazil.” “You’re going to see one market after another begin to collapse.” Doug Casey, a successful investor and the head of Casey Research, saw little to be upbeat about in the current economic climate.

"With these stupid governments printing trillions and trillions of new currency units," Casey, describing the US Federal Reserve’s quantitative easing program, told Reason magazine in a recent interview, “it's building up to a catastrophe of historic proportions." 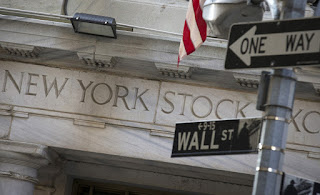