Black Jesus is Back on Adult Swim

The blasphemous late-night TV show that has outraged Christians for having a modern-day Jesus as a black guy living in the hood, smoking dope and dropping F-bombs has been renewed on Adult Swim, the cable network that shares airtime with Cartoon Network on Turner Broadcasting.

The second season has caught the attention of OneMillionMoms, a division of the American Family Association, which is blasting Turner Broadcasting and its parent company Time Warner.

“The show makes a mockery of our Lord,” OneMillionMoms said Monday. “The foul language used, including using the Lord’s name in vain, is disgusting. In addition, there is violence, gunfire, drugs, and other inappropriate gestures which completely misrepresent Jesus. This is blasphemy!”

“Adult Swim is not ridiculing any other religion currently and wouldn’t dream of mocking Muhammad or Muslims. ‘Black Jesus’ is another attempt to distort the truth about Christianity,” the group continued. “We need to send a loud and clear message to Adult Swim, its owner Turner Broadcasting System, Inc., and all potential advertisers of ‘Black Jesus’ that this kind of programming is insulting and completely unacceptable.” 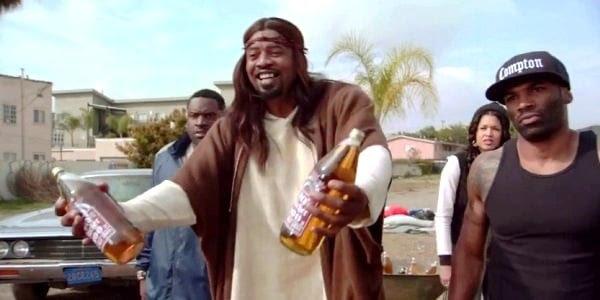