There is something strange going on with everyday Americans… You might have felt it during the last ten years, a feeling of insecurity that comes and goes without any reason… … and according to a doctor in theology and history there is very good reason for this.

Dr. Nathan Shepard is convinced that these feelings of anxiety that have been slowly creeping in the American public have almost nothing to do with terrorism or economics.

“The economy has crashed several times it the past. Our security and freedom was threatened during the second world war and during the cold war by forces much greater than terrorists. You must understand all of God’s creations have an inner intuition warning them of imminent danger”.

According to his bizarre theory this feeling is indicating the greatest event of human history… and the warnings are in the final chapters of the Holy Bible.

“I have worked 17 years studying the ancient texts and all the hidden clues point into one direction: Obama will not finish his second term. The exact timetable is not shown… yet according to my research it must happen before the day our president officially leaves office”.

Dr. Shepard said some churches are fully aware of this as these signs have been identified as far back as 2009 but they chose to keep it under secrecy. 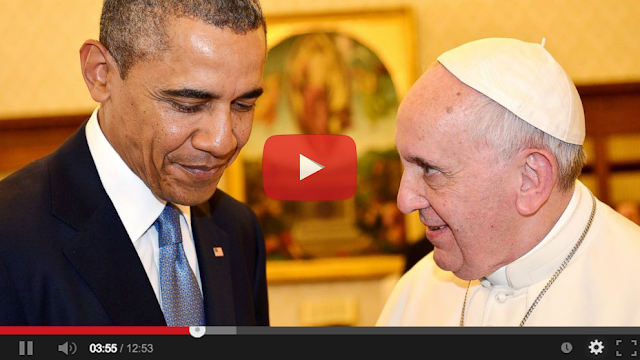 While we have doubts about his theory, his video presentation was very compelling… hard stop watching. And the picture it painted was very bleak.

What was amazing is how exactly the Biblical texts related to current day events. As Dr. Shepard said “American families are not in the least bit prepared for this. We rely on FEMA and other state authorities completely… and we all know how well that worked in the past. That is why I think this warning must be taken very seriously!”

Dr. Shepard told us that I more than 155,000 people watched this same online presentation.

You too can see it here. See for yourself and make your own decision
Labels: Bible prophecy Bible texts economy God Obama