UFO believers claim US astronaut Scott Kelly, who is the first person to attempt to spend a year in orbit, was "trying to tell the world about the existence of aliens" without actually saying anything, as they are convinced NASA is involved in an intergalactic cover up to hide the truth about UFOs from the masses.

Astronaut Kelly tweeted the picture of India from 200 miles above the Earth in the ISS with the simple message "Day 233. Once upon a #star over Southern India. #GoodNight from @space_station! #YearInSpace." But UFO believers were quick to point out an "anomaly" towards the top right. 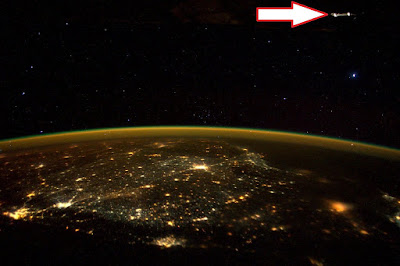