A 153-foot statue of an open-armed Jesus towers above the Indonesian city of Manado, but Christians are under siege in the world's fourth-most populous country, according to a disturbing new report.

The Southeast Asian nation, where about 90 percent of its 250 million people are Muslim, has long been seen as seen as an example that a large Muslim majority can live in relative peace alongside minority religions, like Christianity and Hinduism. B

But in October, there was a troubling outburst in violence in the Sharia-law governed region of Aceh. At the urging from Islamic leaders, hundreds of Muslims took to the streets with machetes and torched area churches.

"We will not stop hunting Christians and burning churches. Christians are Allah's enemies," one Islamic leader said, according to a report by the Gatestone Institute. 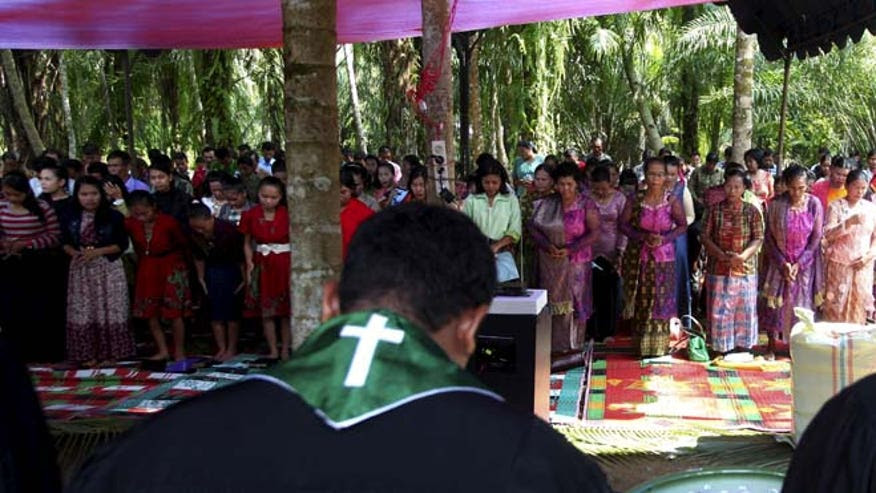