The flood of refugees migrating from Syria and Afghanistan has begun to have a trickle effect in the New Orleans area. "We had served two families, we're expecting one more soon, and we do not know how many more, but we expect more," said Martin Gutierrez of Catholic Charities, which is part of the Archidiocese of New Orleans.

Catholic Charities has targeted services for helping refugees. "So it's a matter of uniting the families, which is something that the church really promotes, obviously. Some of them don't have relatives and we try to help them become integral parts of our communities," Gutierrez said.

But some have argued against the U.S. accepting Syrian refugees, fearing terrorists might slip through the cracks. We turned to former New Orleans FBI chief and anti-terrorism expert Jim Bernazzani for insight on whether that's a legitimate concern.

Before coming to New Orleans, Bernazzani worked to ramp up the nation's anti-terror strategies after 911. "If I was in charge of ISIL, logistically I'd take advantage of this situation and put my people in, into the United States," Bernazzani said. "Now with that said, the FBI is on top of this big time with our Joint Terrorism Task Force and we have what's called a Terrorist Screening Center that these individuals will be run through." 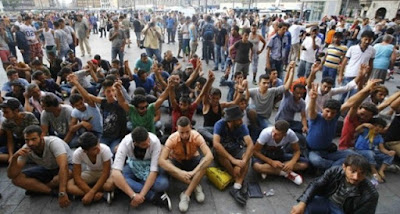