Abdullah: We Are Facing WWIII

Planet Earth is facing a global conflict and a fast response is needed to deal with the threat, Jordan's King Abdullah said on Tuesday. "We are facing a Third World War against humanity and this is what brings us all altogether," he told a news conference in Pristina.

"This is a war, as I said, repeatedly within Islam and unfortunately over 100,000 Muslims have been murdered by Daesh (Islamic State) alone over the past two years, and that doesn't also count for the atrocities like-minded groups have also done in Africa and Asia," he said after meeting Kosovo President Jahjaga.

King Abdullah said the world must "act fast to tackle the response to interconnected threats" from, the Islamic State (Daesh).

Islamic State has claimed responsibility for attacks in Paris, in which 129 people were killed, as well as for bombings in the Lebanese capital. The group has also said it brought down a Russian plane in Egypt, killing all 224 people aboard.

France and Russia both staged air strikes on Islamic State targets in northern Syria on Tuesday as Paris formally requested European Union assistance in its fight against the group.

"The atrocious Paris attacks shows that scourge of terrorism can strike anywhere and any time," King Abdullah said. 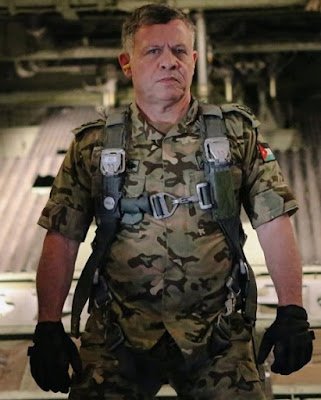