The pastor of Vintage Church was issued a criminal summons and the rest of the staff was threatened with “physical arrest” if they used any microphones or amplified sound in their worship services, according to a lawsuit filed by Liberty Institute.

Jefferson Parish, Louisiana and the Jefferson Parish Sheriff’s Office are named in the lawsuit – alleging that the local government is “imposing unwarranted and unreasonable demands on the members of Vintage Church.”

The trouble started back in August when the small evangelical congregation announced plans to expand its existing sanctuary – located within a subdivision. However, that meant the church had to temporarily relocate its two Sunday morning worship services to an enclosed outdoor tent. The church applied for, and was granted a permit to erect the structure. On Aug. 9, a neighbor called authorities to complain about the noise levels.

On Aug. 18, the church was told by the sheriff’s office that any sounds before 8:50 a.m. had to be kept below 60 decibels. They also told the church they could not set up for the Sunday service until after 8:50 a.m. 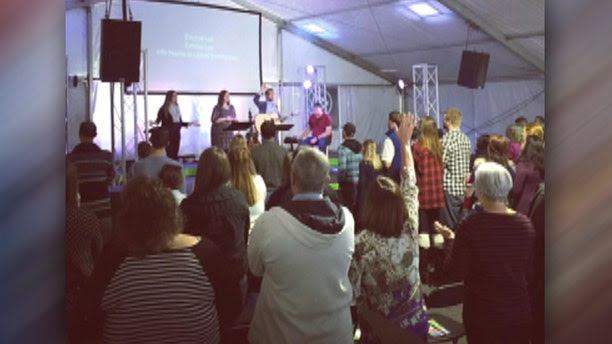