An armed militia has taken over a federal building in Oregon They are protesting  that 2 ranchers, Dwight and Steve Hammond, were charged under anti-terrorism laws. The Hammonds are set to report to prison on Monday.

The group is occupying the headquarters building at the Malhuer National Wildlife Building to keep local ranchers out of prison. The militia is reportedly heavily armed. They believe the Hammonds were illegally prosecuted because they claim the federal government does not have authority at the county level.

Among the occupiers, Ammon Bundy, son of Nevada rancher Cliven Bundy, and two of his brothers. Militia members at the refuge claimed they had as many as 150 supporters with them. The refuge, federal property managed by the U.S. Fish and Wildlife Service, was closed and unoccupied for the holiday weekend.

In phone interviews from inside the occupied building Saturday night, Ammon Bundy and his brother, Ryan Bundy, said they are not looking to hurt anyone. But they would not rule out violence if police try to remove them, they said, though they declined to elaborate. 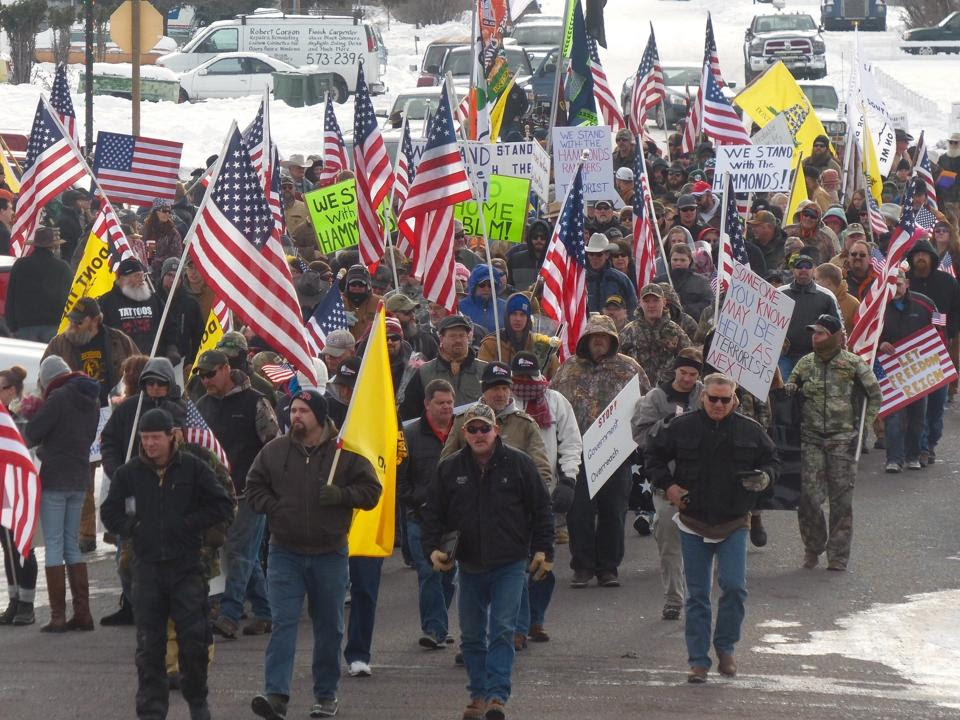