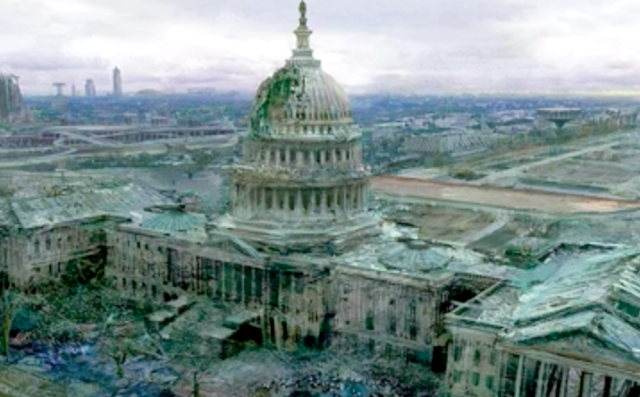 America is no longer the once giant leader of the world as in years gone by. Sin and apathy have eroded into a glutinous dependant society that is in a spiraling decline. A cesspool of debauchery and chaos seems to be in every town city and burg in the United States.

Below is a list of some conditions that America faces with no apparent answer other than to watch this country implode on itself. There appears to be no hope left.

1) Like Rome of old, the US can no longer control immigration and border security

3) Over 50% of all children born to women under 30 in America now are born out of wedlock. Three in ten white children are born this way, as are 53% of Hispanic babies and 73% of black babies.

4) Less Americans are at work now versus the year 2000 despite the surge in population by over 30 million people.

5) 41 million Americans are on food stamps. To keep up the current spending pace of the US government's helping hand, taxes will have to double to maintain solvency.

6) Gun sales have hit record highs. Many feel that a mounting fear of social collapse is behind increased gun and ammunition purchasing,

7) The total US National debt now stands at $19.1 Trillion dollars.

10) More than 110 Americans have a STD
Labels: America us collapse