The Simorgh missile is on the launch pad and being fueled at an undisclosed location inside Iran. Any test of a new ballistic missile would be a violation of a UN resolution forbidding Iran from working on its rocket program.

A Simorgh rocket is designed to carry a satellite into space. Officials are concerned that any space launch uses the same technology needed to launch a nuclear-tipped intercontinental ballistic missile or ICBM.

UN Security Council Resolution 2231 says Iran is “not to undertake any activity related to ballistic missiles designed to be capable of delivering nuclear weapons, including launches using such ballistic missile technology.” 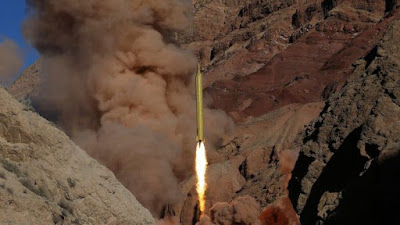