Is China About to Attack?

"We assess that China will continue to pursue construction and infrastructure development at its expanded outposts in the South China Sea. Based on the pace and scope of construction at these outposts, China will be able to deploy a range of offensive and defensive military capabilities and support increased PLAN and CCG presence beginning in 2016.  Once these facilities are completed by the end of 2016 or early 2017, China will have significant capacity to quickly project substantial offensive military power to the region."

Concerns are growing that China will use the forward operating base to launch attacks. 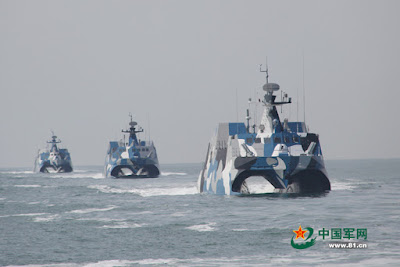