Judge Says No To Cross 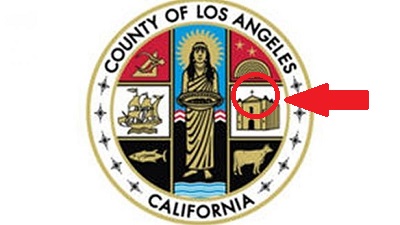 A Federal Judge in Los Angeles County deemed the tiny cross of the mission on the county seal was unconstitutional.

Judge Christina A. Snyder granted a permanent injunction against the change on Wednesday. Adding the cross "places the County's power, prestige, and purse behind a single religion, Christianity" in violation of the U.S. and state constitutions, she wrote. The county seal is used on buildings, vehicles and publications. The original 1957 seal included a cross floating above the Hollywood Bowl. The cross was removed in 2004 when the seal was redesigned after the American Civil Liberties Union of Southern California threatened legal action.

In 2014, Supervisors Michael Antonovich and Don Knabe argued for adding a cross to the top of the mission on the seal, saying it would be a more accurate portrayal. The motion passed 3-2. The ACLU and a number of clergy members from different faiths immediately sued.