US Troops Deploy to Yemen 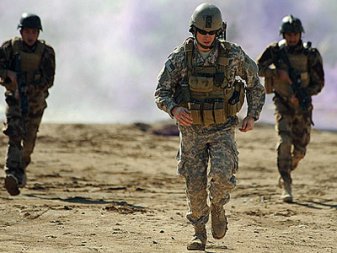 The Pentagon acknowledged Friday that it has deployed US troops to Yemen to bolster forces battling Al-Qaeda in the Arabian Peninsula.

The US military has also stepped up air strikes against Al Qaeda fighters in the country. While the number of US personnel on the ground is limited, the United States is also offering assistance to partners in Yemen, including air-to-air refueling capabilities, surveillance, planning, maritime security and medical help.

The US Navy also has several ships nearby, including an amphibious assault ship called the USS Boxer and two destroyers.

AQAP, which has long been entrenched in Yemen, is regarded by Washington as the network's most dangerous branch. The group claimed responsibility for last year's deadly attack in Paris on the staff of satirical weekly

The Yemen conflict has killed more than 6,400 people and displaced 2.8 million since March last year.