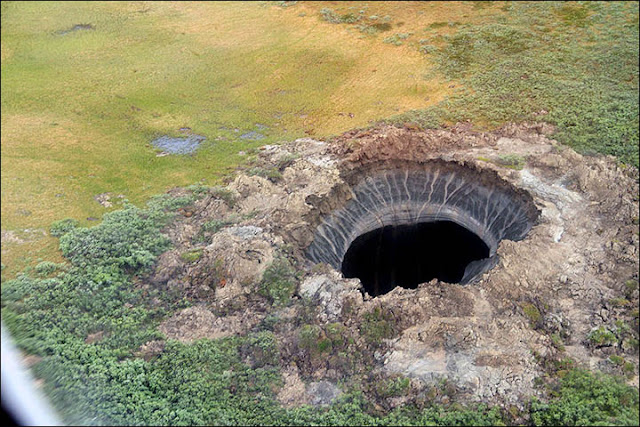 Giant holes are appearing the tundra of Siberia in northern Russia.

Reindeer herders first spotted huge holes in 2013, in the region's Taimyr Peninsula. It was about 13 feet wide, nearly 330 feet deep, and - as they stumbled across their find - the men "were almost swallowed up by the crater,"  according to the Siberian Times wrote.

Villagers surrounding the areas are finally coming forward to say they heard and saw something strange shortly before the crater was found.