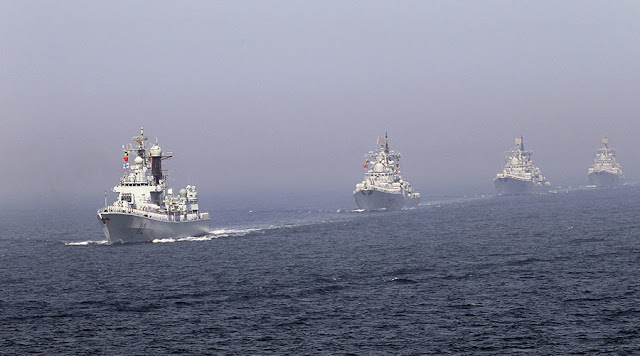 The Chinese Global Times newspaper stated in an editorial "Beijing must prepare to make the US “pay a cost it can’t stand” if it intervenes in the South China Sea dispute by force, days before a court at The Hague rules on the territorial row between China and the Philippines.

The American military build-up in the South China Sea, including the deployment of two carrier strike groups, comes in defiance of China’s vital interests and represents “a direct threat to national security,” the state-run paper said in strongly-worded editorials.