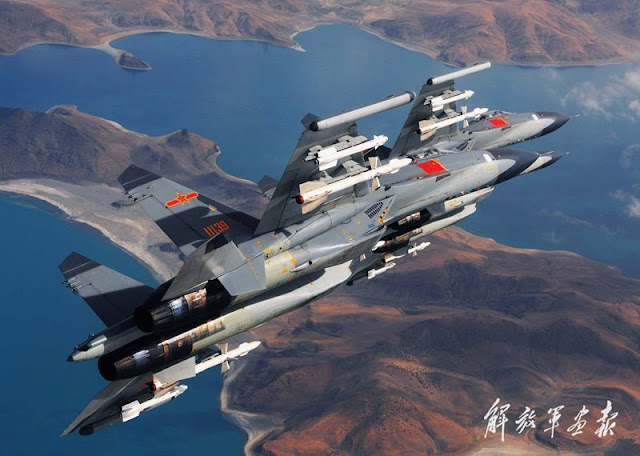 War clouds continue to build between the USA and China. China's air force has conducted a combat air patrol over disputed areas of the South China Sea to improve its fighting ability.

China refused to take part in the case taken by the Philippines to the Hague-based Permanent Court of Arbitration and continues to assert that islands in the South China Sea are its territory.

The air force said it would make it "a regular practice" to conduct combat air patrols.