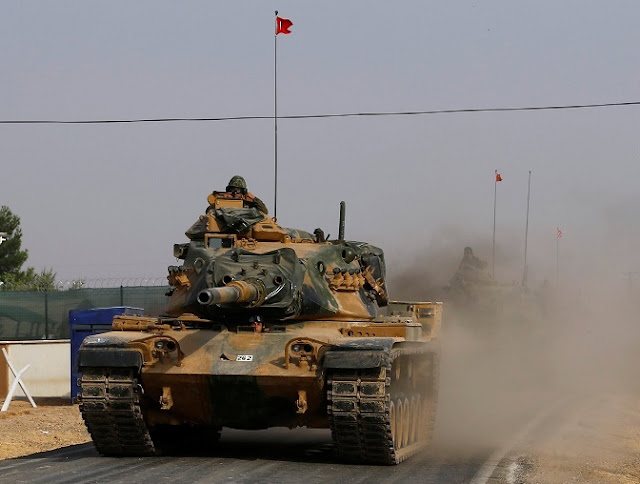 Turkey sent tanks into the northern Syrian village of al-Rai to fight ISIS extremists on Saturday,

The tanks crossed into the village from the Turkish border town of Kilis to provide military support to Syrian opposition fighters after ridding northern villages of extremists in its “Euphrates Shield” operation launched on Aug. 24

Dogan news agency said Turkish howitzers pounded ISIS positions in the area. A Reuters cameraman in the area earlier heard a repeated booming sound and saw plumes of smoke rising from the Syrian side of the border.