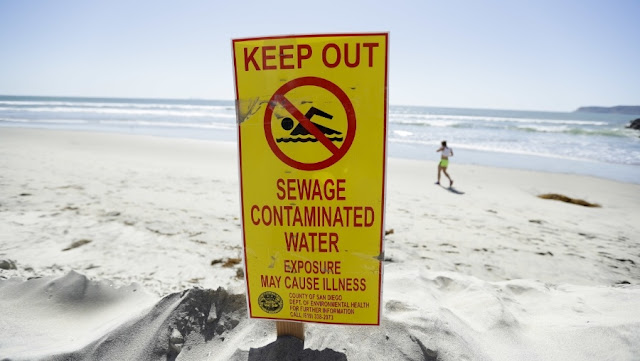 Southern California officials are compalining after more than 140 million gallons of raw sewage spilled into the Tijuana River in Mexico and flowed north of the border for more than two weeks, according to a report. The spill was caused Feb. 2 during rehabilitation of a sewage collector pipe and wasn't contained until Thursday, the International Boundary and Water Commission said in its report released Friday. The river drains into the Pacific Ocean on the U.S. side. Serge Dedina, the mayor of Imperial Beach, California, said residents of his city and other coastal communities just north of the border have complained about a growing stench. Dedina criticized federal officials in the U.S. and Mexico for not alerting people to the spill.