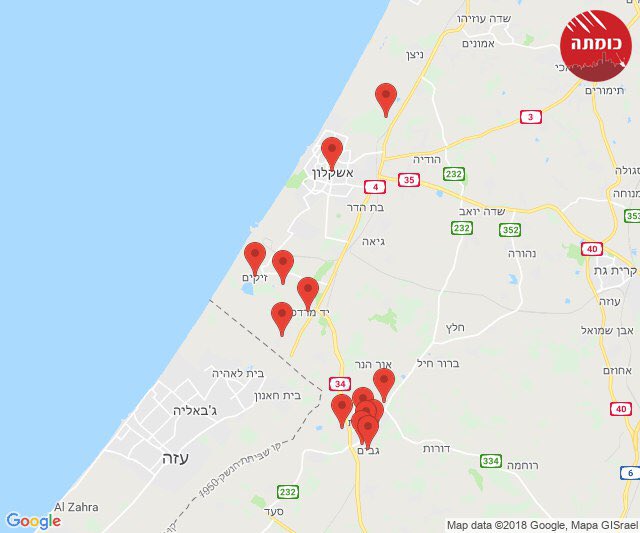 Rocket sirens going off in Ashkelon, Southern Israel today. Militant groups in Gaza are expanding their range of attacks as rocket fire continues. Over 170 mortars and rockets were fired into Israel. A synagouge in Sderot, Southern Israel was hit and at least three Israelis, a 52-year-old man and two girls, ages 14 and 15, were injured when one of the rockets landed on the roof of their home, also in Sderot.