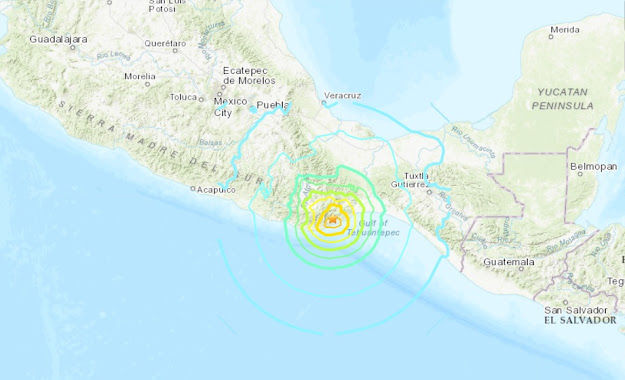 On June 23, 2020, A huge 7.4 earthquake struck near Oaxaca, Mexico. The area is due west of Acapulco. Tsunami warnings were issued.