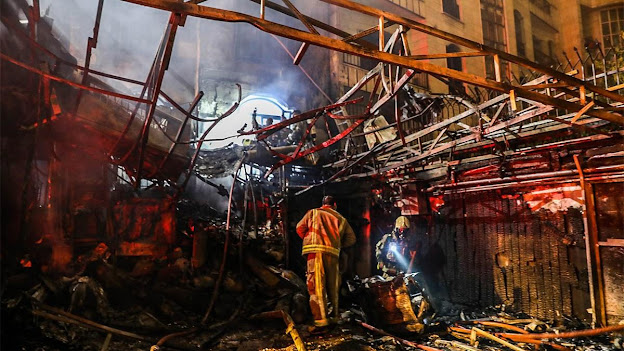 Six explosions have happened at strategic locations in Iran over the last few weeks. Early Tuesday morning two Iranians were killed and three injured in a blast at a factory south of Tehran, IRNA reported.
Like with other recent explosions and fires, official statements downplayed this latest blast as an accident. "Human error was the cause of the blast in a factory... The explosion that was caused by some workers' negligent handling of oxygen tanks.... was so powerful that the walls of a factory nearby were also totally destroyed," a local official stated.
Several mysterious fires and explosions have broken out at sites in Iran lately, including explosions at a weapons depot, power station and a medical facility.
The incidents are now coming with such frequency that the question of foreign sabotage is impossible to ignore, also considering Israeli leaders have over the past year vowed they'll do anything to ensure the Islamic Republic can't possibly develop a nuke.
Labels: Iran
Location: Tehran, Tehran Province, Iran