Syria Preps For War With Turkey 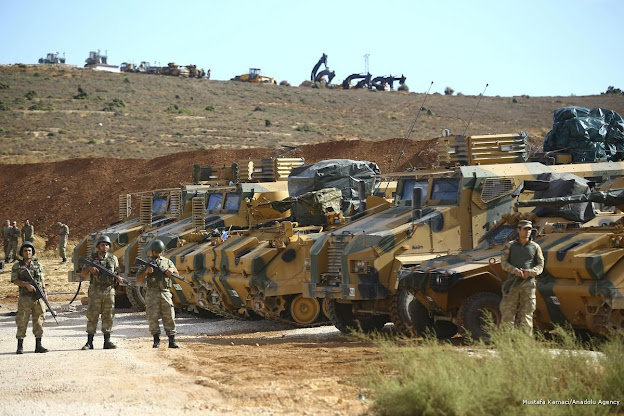 The Syrian Army military is on high alert in response to the new round of aggression by the Turkish Army in  Northern Syria. Several convoys of government forces, including several T-62M battle tanks and a number of trucks equipped with heavy machine guns, deployed to the countryside of Ayn Issa after intense Turkish artillery strikes on positions of Syrian Democratic Forces near al-Nuyhat, Hushanah and Tell Tamr.
According to local sources, there were no casualties among civilians or military personnel. Syrian state media also reported that Turkey set up a new training camp for its proxies northwest of Tell Tamr.
Labels: Turkey
Location: Ain Issa, Syria